skip to main | skip to sidebar

Do You Need Rain

Experiencing To Much Rain?

More About Your Interaction With Light Beings 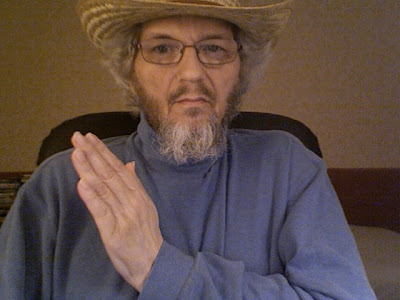 Many of you these days are catching more and more glimpses of light beings. For the most part they will never have a human form. Some of you will simply see irregular patches of light that almost have a angularness to them.

When they have the angular aspect to them you are usually seeing them in passageway of a window or a door, as it's sometimes called, between one world and another. Other times some of you will see them as a disc of light. When you see this they are not in passageway, they are present wherever you see them and still others will sometimes see a vertical line or occasionally a horizontal line.

There are other forms too but I'm touching on those just for the moment because I want to bring something else to your attention.

As a general rule of thumb I recommend that if you see a light being - which will probably happen when you are not involved in something critically important but could happen anytime - if you happen to see a light being I recommend that you attempt to stop breathing for a moment but if you're in the middle of taking a deep breath you can do that but either glance away from them for a moment or close your eyes for a moment, though you may not find them present after that, or briefly hold your right hand is what I recommend and if both your hands are available both hands palm towards your body within 4 to 6 inches of your body - doesn't have to be any further out then that - with one hand roughly in front of your chest area and the other roughly in front of your solar plexus or belly button area as some people say - a little lower than the solar plexus and then breathe normally. This is just to be on the safe side.

Generally speaking if it's white light or gold light you never have to be worried about that* but there are other colors of light.

However the whole point of this post is that if you happen to see a purple light that's one you have to be kind of cautious with.

If you happen to breathe in when you're looking at them you might get an uncomfortable feeling in your body. This does not mean that they are bad or evil - not anything like that but what it could mean is the following.

It could mean that if they had recently passed over that they still have attachments - perhaps loved ones, things they cared about and so on on the Earth - you see - and if they had passed over some time ago and they feel called to the Earth and had permission to go - perhaps most often the case in that situation is because of a loved one that misses them terribly and they feel called to come - then if you happen to be looking at them and you take a breath inward, because of their attachments to Earth even just momentarily or because of other peoples attachments who are living on the Earth - to them - usually the former but occasionally the latter - when you breathe in you might get a brief portion of their energy.

This does not mean that you have been possessed or anything like that. What it means is that their attachment and your happening to see them creates something like a circuit. They don't ground them selves through you - they actually do not wish to lose any of their energy so this is a problem not only for you but for them.

There is an immediate solution. Generally speaking if you're seeing this, this is in front of you and therefore note the picture (see photo). If you can put your wrist on that part of your body where you feel the discomfort - it will be slight in most cases but you'll feel it - and after you put your wrist there point your hand, keeping your palm straight and your fingers straight, bending at the wrist as in the picture - point your hand in some direction.

It doesn't have to be towards them - plus by that time they probably would have moved. So in any direction that is easy for you. Ideally someplace into space rather than towards a house or towards a person - you see? Towards the sky is fine.

Then blow - meaning exhale and just blow out feeling - attempting to feel - the energy. Blow out of that part of your body but directing it out of your right hand as shown.

Sit down someplace quietly - meaning in a quiet environment or lie down. It would probably be best on your back but if you are unable to do that lie down in the way that is best for you. If you lie down don't cross your arms or legs and try to have as little metal on you as possible but you'll possibly have some and don't worry about that.

So that's my suggestion for today. I'm bringing up more of these things now because they are not only practical but they can help you in other circumstances.

You can also make a request like this if you feel you've had a very hard day or you've been around a lot of angry people or people that were upset or you yourself were upset and you just feel like you're kind of carrying a weight around - you can do the same thing.

When you do that try to have the ringer off on the phone - and it's best to set it up in such a way if at all possible where the environment is quiet or at least you will not be disturbed.

If you don't feel quite right - meaning after your nap - then you might have to do it again but you'll probably be alright.

That's my recommendation for today. Goodlife.

If they come too close to you or even accidentally touch you then I recommend that you immediately use the methods described below - or at least as quickly as possible use them. Those methods will work
Posted by Robert Shapiro at 7:31 PM

For Margaret Barone: Did what I could for you.

Robert Shapiro
Robert is known as a Shaman, Mystical Man and Professional Trance Channel for over 35 years. More than 40 of his books have been published so far. For more see Robert's YouTube: https://www.youtube.com/BenevolentMagic and a list of his books: https://www.lighttechnology.com/authors/shapiro-robert

Answers To Your Questions

Also there is this: Regarding Questions On My Blogs

Anytime I put something in quotes (" "), or Grandfather gives you words to say in a video, which are a suggestion for you say something - possibly a Living Prayer or a True Magic for example, it is always meant to be said in exactly those words inside the quotes. Do not vary those words at all. If you trip over it or accidentally say another word then you'll have to go back and do it over again. I know that may seem kind of a struggle but this is how you get it right and how you learn it.
I do not expect you to learn all these things at once but over time you will absorb as many as you can and others will absorb what they can and you will co-operate and do things together as needed.

Audio Message From Grandfather Regarding Violence

Closed Captions On My Videos

While I appreciate You Tube's efforts at captions, Automatic Captions are not accurate for my videos - especially videos by Grandfather - at this time.

Links To My Publisher

My Other Blogs And More

The word "benevolent" which is a cornerstone of Benevolent Magic is meant to express a feeling.

However it has been pointed out to me that not all peoples have the word "benevolent" in some directly translated way in their language. So on that basis I will put a few other words here that are, in my mind, associated with benevolent:

Also when I say in a Living Prayer or Benevolent Magic, as is shared here, "...the most benevolent outcome" that means the best possible outcome for you and/or others.

I have built in to all of this advice and guidance I am giving here very specific and contoured - meaning applicable to different individuals in different situations - means to protect and insulate all beings.

For those who are new to this blog I recommend that if you have not found what you are looking for to use the search in the upper left hand corner to see if you can find your subject on this blog.

Keep in mind that with this blog and with my others that one thing builds on the other and there is likely to be material that precedes whatever you are looking at here now though I do try to keep each post as individualistic as possible.