skip to main | skip to sidebar

Do You Need Rain

Experiencing To Much Rain? 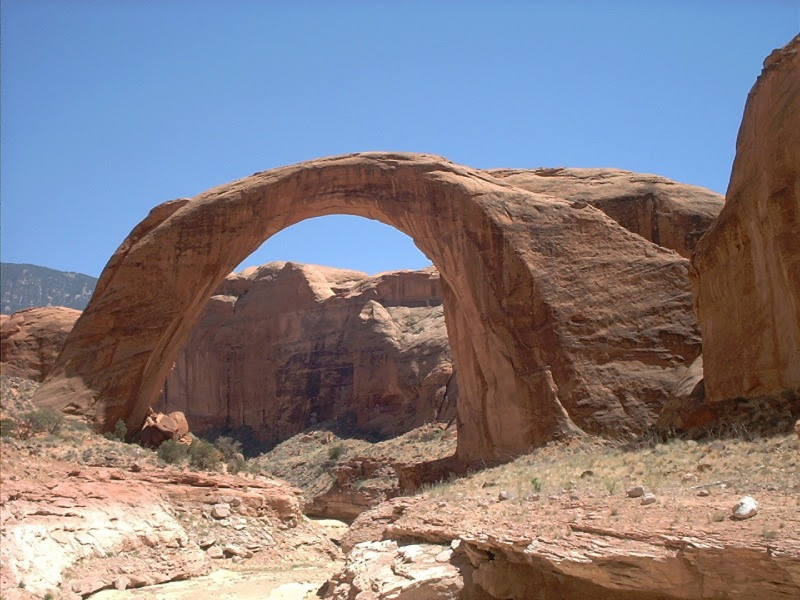 Remember that all teachers get to the point where they get the feeling they must withdraw. Sometimes this is called - the test of power but there has been confusion about what that means.

The test of power does not mean that the teacher is being tested. It means that the students must show that by their interest in the teachings, by their application in practical and benevolent ways of the teachings that they are then prepared to either pick up some of what the teacher has been teaching and teach it themselves or prepare to act on their own inspirations and see if those inspirations will lead to benevolent applications and most importantly benevolent outcomes.

Of course along the way of benevolent outcomes one does not always feel benevolent or experience benevolence but if one says that - the discomforts one feels are the price one pays, for example, for that benevolence one can easily fall into the trap that says we must strive for this or that and disregard all the suffering and we miss - then you see - the person misses the fact that the discomfort is meant to deter you from that path.

So that is why progress progresses so slowly because you have to feel every bit of the way - is this the best path and if you cannot find a path in any direction that is best or feeling as good as the one you are on in whatever you are pursuing then it is safe to say that one must simply wait.

Sometimes waiting gets a person nervous but eventually there will be a means to move on.

The best teacher of this is water. You will see sometimes a trickle of water or a stream when perhaps a dry stream is beginning to be replenished and sometimes that water will come along moving rapidly and then get to an area where it cannot move. Perhaps there is some block there, perhaps there is a hole or something then this water fills that up and it waits until it can get over, around, under or through that block but until then it waits but it builds up a certain amount of pressure behind that block.

In this way water teaches that the stress it feels is its desire to go to where its going but at the same time while it is waiting it builds up strength in numbers and it creates a certain amount of companionship with its fellow portions and in time it is able to get through, around, above (meaning over) or under that block and move on and in time the block itself will be either worn down by the passage of that water or will simply no longer be a factor.

This is seen very often in geology where one sees so called rainbow bridges of stone where there was once a path of water that went under and left that former block of stone in what was left of it as that bridge. So one learns that the pathway of water is often a good teacher.

Of course since human beings do not live their entire existence in a natural form - since cultures do not always cater to what is natural for human beings and sometimes things are stated to be natural which are either adaptations to what exists or just as often they are attempts by this group or that group to say that something is natural when in fact there is an agenda at work - so one must always have the opportunity to observe nature.

What are the animals doing? If you do not have deer or elk or something like that living around you then what are the little animals doing - the many leggeds. How are they acting? What do they do - but if there is some doubt about what it means to the human being then you can always observe - what is water doing?

If you are living in a dry area then you might have to use - what is the wind doing - alright. That will often help. I know it is not always easy to interpret but I will attempt to help.

Goodlife.
Posted by Robert Shapiro at 5:16 AM

Hello Robert, I feel this last post is directed at a few to continue to teach in there own way.I feel the calling. I'm trying to distangle that purpose in what it means to me and creator just to simply help. Robert what am I really doing is my hardest question at times. If I wait long enough knowledge, circumstance, all seems to play out benevolently. I looked out in my harbor recently. There was a big ship with writing on the side "WISDOM LINE". I do feel in my future I will help other with benevolent wisdom. When does creator decide for me to graduate as a student.I guess maybe thats up to me after all. I feel it all so new and other times always has been for me to be a benevolent being.Thank you ,Gowell

If you find that there are people who want to learn and you feel that what you have to share is benevolent start now.

It doesn't mean necessarily to stop whatever else you are doing to make a living or to get along whatever you are performing these days but it does mean that you can begin.

You will find as you go along in life, as I have, that you will always be a student and yet the teacher is always nearby - maybe so nearby that you are both. Goodlife.

Robert Shapiro
Robert is known as a Shaman, Mystical Man, Professional Trance Channel and Author for over 40 years. More than 40 of his books have been published so far and others may be coming soon. For videos see Robert's YouTube at https://www.youtube.com/BenevolentMagic or https://explorerrace.blogspot.com/ and for a list with descriptions of his books: https://www.lighttechnology.com/authors/shapiro-robert also https://www.amazon.com/Robert-Shapiro/e/B002BLSGSY

Answers To Your Questions

Also there is this: Regarding Questions On My Blogs

Anytime I put something in quotes (" "), or Grandfather gives you words to say in a video, which are a suggestion for you say something - possibly a Living Prayer or a True Magic for example, it is always meant to be said in exactly those words inside the quotes. Do not vary those words at all. If you trip over it or accidentally say another word then you'll have to go back and do it over again. I know that may seem kind of a struggle but this is how you get it right and how you learn it.
I do not expect you to learn all these things at once but over time you will absorb as many as you can and others will absorb what they can and you will co-operate and do things together as needed.

Audio Message From Grandfather Regarding Violence

Closed Captions On My Videos

While I appreciate You Tube's efforts at captions, Automatic Captions are not accurate for my videos - especially videos by Grandfather - at this time.

Links To My Publisher

My Other Blogs And More

The word "benevolent" which is a cornerstone of Benevolent Magic is meant to express a feeling.

However it has been pointed out to me that not all peoples have the word "benevolent" in some directly translated way in their language. So on that basis I will put a few other words here that are, in my mind, associated with benevolent:

Also when I say in a Living Prayer or Benevolent Magic, as is shared here, "...the most benevolent outcome" that means the best possible outcome for you and/or others.

I have built in to all of this advice and guidance I am giving here very specific and contoured - meaning applicable to different individuals in different situations - means to protect and insulate all beings.

For those who are new to this blog I recommend that if you have not found what you are looking for to use the search in the upper left hand corner to see if you can find your subject on this blog.

Keep in mind that with this blog and with my others that one thing builds on the other and there is likely to be material that precedes whatever you are looking at here now though I do try to keep each post as individualistic as possible.